What is App Modernization and Why is it Important?

Modernizing software architecture is often described as splitting a monolithic codebase but can imply any improvements to the software itself, such as decoupling of components or addressing tech debt in the codebase. Other examples might be finding new design patters that allow for scale, addressing resiliency within an application or improving observability through logs and tracing.

What is Meant by App Modernization? 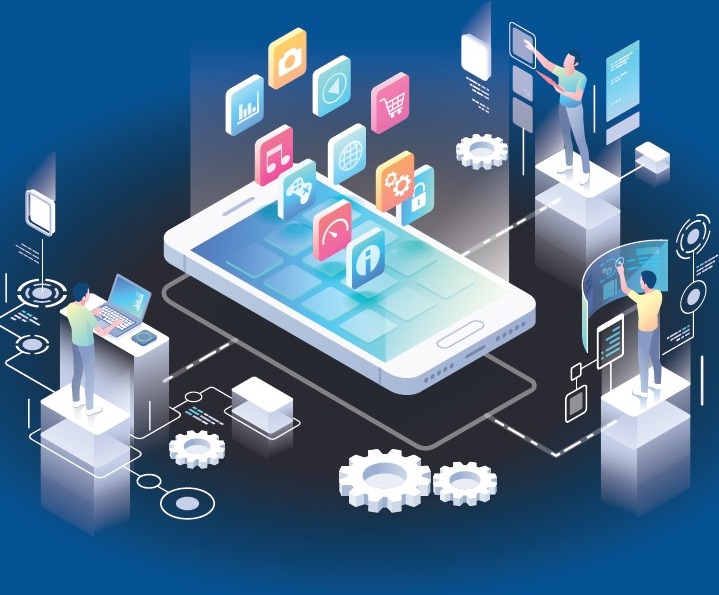 We often think of application modernization in the context of cloud, and when planning a migration to cloud or modernizing an application already in the cloud, we look at what services and platforms are beneficial to the effort. Utilizing a service such as Amazon S3 for serving documents instead of a network share or utilizing ElasticSearch instead of the database for search are examples of infrastructure improvements. Containerization and other serverless platforms are also considered.

Development techniques also need to be addressed in the context of modernization. Developers should focus on the parts of the application that deliver value to customers and provide competitive advantage.

If developers are focused on maintenance, long manual deployments, bugs, and log investigation, they are unable to deliver value quickly.

When working with modern distributed cloud applications, teams need to follow strong DevOps practices in order to be successful. CI/CD, unit testing, diagnostics and alerting are all areas that development teams can focus on modernizing.

In this context, legacy software refers to an incumbent application or system that blocks or slows an organization’s ability to accomplish its business goals. These systems still provide value and are great candidates for modernization.

Legacy can imply many things, but some common characteristics of legacy apps are:

When approaching a modernization project, we specifically look to ensure the following:

The application must be built, tested and deployed using modern CI/CD processes. Older source control paradigms such as RCS or SVN should be replaced with distributed version control systems (git). Infrastructure as code should be included as part of the CI/CD system.

Holistically integrate logs, metrics, and events enabling “the power to ask new questions of your system, without having to ship new code or gather new data in order to ask those new questions” (Charity Majors https://www.honeycomb.io/blog/observability-a-manifesto).  Observability is key to understanding performance, error rates, and communication patterns and enables the ability to measure your system and establish baselines.

Application teams should be aligned along business function, not technology, meaning multi-disciplinary teams that can handle operations (DevOps), database, testing (QA) and development. A culture of ownership is important in a cloud-native application.

Application Modernization is not:

Application modernization includes, among others, combinations of:

If you’re ready to start considering application modernization in your organization, contact us for guidance on how to get started.